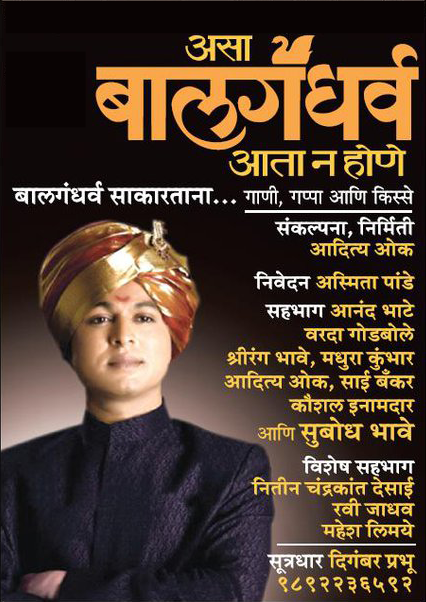 Yesterday I attended program by The Movie Balgandharva people.

Kind of Making of Balgandharva talk.

After an hour or saw I felt why I attended this show as It doesn’t give any more information which is already given in the film. I felt more audio & visual of real Balgandharva should be more elaborated on screen than just camera man’s personal feelings.

Speech of local politician & company chief was useless & unrelated to program because of this only program lost more than 40 to 60 minutes. And it ended late at night around 12:45 AM.

Singing of Anand Gandharva & Varada Godbole was amazing. This only made me to seat to the end & enjoy singing of this people.